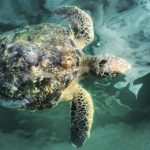 Sea turtle conservation is the primary focus of this site, and includes locating and monitoring nests and collecting data on sea turtles in the ocean.  Interns also participate in conservation efforts related to marine birds, sharks, rays, and more, and engage with the local fishing community on topics of environmentalism and sustainability.

Founded in the early 2000s, this non-profit organization was created to protect the marine resources of Ecuador. Their mission is to integrate local communities, governmental organizations and other institutions in a participatory management of the ocean.  Their biggest conservation efforts are concentrated in Machalilla National Park, where a lack of resources and knowledge has prevented sustainable management of the area.

Machalilla National Park has many unique features that make it one of the most important protected areas of Ecuador.  It is the only protected area on the Ecuadorian coast that includes a marine reserve.  The park also includes Isla de la Plata, an island sometimes referred to as Ecuador’s “Other Galapagos” due to its diverse array of animal species.  It is because of Machalilla’s unique features and the associated ecological importance that this non-profit has chosen the area as the primary target of their conservation efforts.

This organization maintains a variety of projects, with the sea turtle project being the primary focus.  New projects are introduced and existing projects are adapted frequently, due to changing circumstances and seasonality.   All interns will spend most of their time in the field helping with various projects. Interns will likely be involved in more than one project depending on their interest and availability.  Possible projects may include:

The beaches of Machalilla National Park are thought to be some of the last nesting areas for sea turtles in Ecuador, making it critical to monitor and protect the nests. Interns should be aware that nest numbers are low in this area, which makes it all the more important that nest surveys take place daily to protect each and every nest.

During this time, interns make daily/nightly visits to the main beaches to identify and protect nests.  Nesting sea turtles are tagged.   NOTE: This project best aligns with winter term internships.

Once the nesting season is over, the staff take to the ocean to identify previously tagged sea turtles, as well as monitor their movement and location.  They capture, tag, and measure turtles on the boat, before releasing them back into the ocean.  Interns should be aware that while on-site staff often scuba dive as part of these activities, interns participate via snorkeling.  NOTE: This project best aligns with summer term internships.

Shark populations are diminishing around the world. This project obtains data about shark landings in an artisanal fishery port. This information is very useful towards a population assessment of sharks and rays in Ecuador.

Interns will learn how to identify sharks and to obtain different types of data. Interns make daily visits fishing ports to obtain data about illegal shark catches.  This activity requires them to socialize with the local fishing population in Spanish.

Recognizing that conservation efforts are most successful when they engage the local community, this organization created an Eco-Club in which about 20 local children participate in activities such as beach clean-ups, creation of school gardens and murals,  and excursions to the Machalillia National Park.  Specific opportunities for intern involvement will vary based on current needs.

Marine birds are bound to the sea, and therefore are good indicators of the health of the ocean.  They are directly impacted by fishing activity, as they can become entangled in nets or lines.  The work of this organization focuses on studying the impact of those activities on the bird populations and collecting data about local bird populations.

May-September: A monthly census of marine birds is carried out on Isla de la Plata.  Some of the species included in the census include blue-footed boobies, red-footed boobies, Nazca boobies, and Galapagos albatrosses.  This census is a highly physical activity, requiring daily hikes of about 8 km (5 miles).  It also requires a great deal of patience to properly count large colonies of birds.

High-intermediate Spanish proficiency is required. Local community and staff at this site are monolingual Spanish-speakers.  Some projects require substantial interaction with local community in Spanish.  Interns must navigate independently from the airport in Guayaquil to the site location in Puerto Lopez, via public transportation.

Budgeting Note: Estimated costs are based on typical internship-related costs and a modest standard of living. Each intern’s costs will vary based on lifestyle choices (eating out vs. cooking, taking public transportation vs. taxis) and recreational spending (travelling on days off, hobbies, etc.).

Interns live in shared on-site housing.  Housing and amenities are rustic but adequate, and include two communal bathrooms, two co-ed bedrooms that sleep up to six people per room in bunk beds, and shared common spaces that include a kitchen, dining area, and patio/balcony.  Meals are the responsibility of the intern; they have access to the kitchen to cook and sometimes go to restaurants in town.

Interns working on the sea turtle nesting project should be aware that the nightly beach patrols require interns to camp on the beach with in a shared, co-ed tent, while taking shifts traversing the beach in pairs looking for nests.

Check out pictures shared by past interns here.