Focus on French! Courses specially designed for students learning French as a foreign language allow you to immerse yourself in language learning. 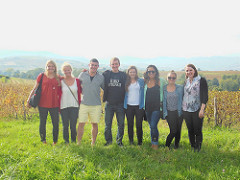 More photos from this program can be found here.

Focus on French! Taking French language courses at the Institut de Langue et de Culture Françaises (ILCF) or the Centre International d’Études Françaises (CIEF) is the ideal way to improve language fluency because the courses are specially designed for those learning French as a foreign language. Students are placed in courses according to their French proficiency and take classes focusing on grammar, listening, reading and writing skills in addition to French culture, history and literature.  A yearlong student entering the program with at least 2nd year college French may transition to direct enroll courses the second semester if their French proficiency sufficiently progresses over the first semester.

- Sophomore or higher
- GPA of 2.75 or above
- Minimum one year of college-level French or equivalent with a B average or better

Yearlong and fall programs begin with a stage, an intensive cultural and linguistic orientation course for which students receive credit.  Students take an online assessment of their French language ahead of arriving in Lyon.  Once on-site, students meet with instructors at the ILCF or CIEF for an oral assessment.  Proficiency demonstrated on both assessments is used to place students in the appropriate level within the ILCF or CIEF curriculum.

Courses students take will vary by their placement level.  You can, however, explore the CIEF and ILCF curriculum structure and course offerings here.  In general, all students will take a language core (written and oral expression, written and oral comprehension, grammar) and as students advance in their studies, they incorporate more elective classes in history, literature, culture, etc. into their schedule.

The French Language program is open to students from all fields of study.

Housing is coordinated by the IE3 Global Resident Director.  Yearlong students may choose a host family, a residence hall, or a small apartment depending on their preferences.  Semester program students typically live with host families. The host family option provides an opportunity for cultural and linguistic immersion and a majority of meals are included.  Students living in residence halls have access to cooking facilities and/or inexpensive student restaurants.

The experienced staff of the Centre Oregon Lyon support students during their study program. Resident Director Laurie Wilson and Program Assistant Rémédios Hernandez will help you to arrange housing, coordinate your orientation, introduce you to the city, give you guidance regarding the French educational system, and provide other logistical and personal support as needed. The Centre Oregon is located at Lyon 2 in a suite of offices shared by other Lyon 2 partner institutions. 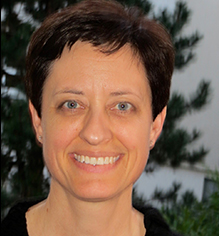 IE3 Global seeks to make its exchange programs affordable and accessible. For detailed information regarding the program budget (both the program fee and an estimate of personal expenses), please click on the following:

- Sophomore or higher
- GPA of 2.75 or above
- Minimum one year of college-level French or equivalent with a B average or better