Week 1 and 2 My host organization is a non-profit tropical research and education organization... 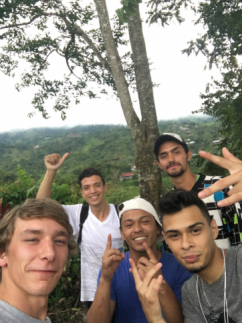 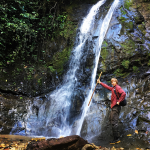 My host organization is a non-profit tropical research and education organization with affiliations in Costa Rica and South America. The biological station I’m working at, located about 5km south of the town of San Vito in Coto Brus County, was purchased by the organization in the 90’s from the Wilson family. The station is a 22,000-acre parcel with pasture, secondary forest, and primary forest making the location ideal to research the effect of ecological factors of the natural regrowth of clear-cut forests. 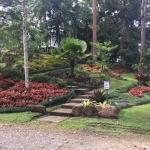 The travel to San Vito from Corvallis, OR was about 28 hours long including all flights, layovers, and bus rides. By the time I had made it to the station, I was completely exhausted and directly went to my room to relax. After a shower, I went to the dining hall to eat some dinner promptly at 6:00pm. The food was culturally diverse and tasted incredible, which I was not expecting. When dinner was over, I was still exhausted that I did not socialize much that night and went directly to bed.

The next morning the station director and the resident biologist gave a complementary nature walk around the botanical garden. This was great to learn about all the plants and to hear the stories associated with them. They both had an incredible understanding of the fauna and flora at the station. This gave a me a good background understanding of the research being performed at the station and prepared me to start my identification project. 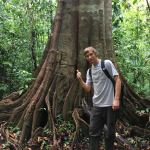 My first project assigned to me, which I will continue to do throughout the internship, was to locate, waypoint on GPS, research taxonomic changes, and photograph the trees in the botanical garden. I started in section B, directly around the Wilson House, which was the house of the property owners before they sold the land to my host organization in the late 1970’s. The trees were from all over the world and where from families which I had not encountered before. This was a great project to develop an understanding of the diversity of tropical trees.

During a trip to the local of town San Vito, another intern (Connor) and I had meet some local Ticos our age at the bus stop. We began to speak with them and one of them was learning English at their local school. He was pleased to talk with use to practice his English and his friends only spoke Spanish so it was also an opportunity for us to practice are Spanish. We ended up not taking the next bus back and they showed us around the town. After conversing for about 2 hours, we had to catch the last bus at 17:00 back to the station. After exchanging contact information we said are far-wells and planned to meet up to play soccer or go to their families house for a meal.

Invasive species that were planted in the garden for horticultural ascetics have now begun to replicate and spread to the surrounding forest at the biological station. The station director and research coordinator were interested in starting a project to determine the best means of control of some of these species. Being a student of sustainable agriculture, I found interest in beginning a project that could test the efficacy of a natural herbicide alternative against some chemically derived common herbicides. The hardest part to beginning this project was the availability of products in rural Costa Rica. The opportunity presented me will a chance to work on my conversational Spanish speaking and to research natural control options that could be made easily while being economically feasible as a large-scale control method. I have met many wonderful and intelligent people during this internship and it is only halfway over. I am excited for what is to come next and in what direction my projects will lead me. 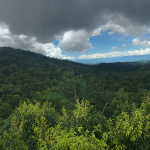 My internship in the summer of 2018 was an amazing experience filled with both cultural discoveries and intellectual development. There were many researchers from the United States and all over the world. I helped on many projects of PhD students and created two of my own small pilot projects. Creating the projects, with help from the station director and the research coordinator, allowed me to gain both knowledge and experience about the experimental process in a tropical rainforest setting. Staying in Costa Rica for 10 weeks also allowed me to meet many kind locals and learn about the lives of Ticos. Seeing firsthand the generosity and friendliness of the “Pura Vida” lifestyle that has imprinted on my mind.

The station director and research coordinator were interested in starting a project to determine the best means of non-mechanical control of Zingiber spectabile, an 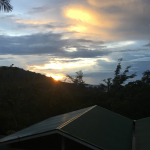 invasive plant from Southeast Asia. As a student of sustainable agriculture, I found interest in beginning a project that could test the efficacy of a natural herbicide alternative against some chemically derived common herbicides. Another project I started near the end of week 4, was an evaluation of the same species Z. spectabile. In this experiment, plants were evaluated to provide a quantitative analysis of growth and development. The plants were all obtained from the same relative area and similar growing conditions. The collection metrics for size was a plant with at 3-5 branches and 1-2 inflorescence, this was the predetermined size class. This experiment provided a general indicator of a relationship between biomass and above 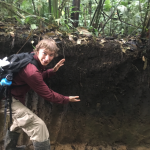 ground characteristics during floral initiation and development. Measurements of the plant were made to provide the data to analyze the plant in the naturized habitat. Forming and executing these projects in the forest at biological station was an experience that I will never forget, and I believe that I have gained an understanding of forest ecology research in a way that I could have not done almost anywhere else on the planet.

The re-integration back to the culture of the United States was more shocking than I had anticipated. The first bit of surprise was just after touching down at LAX, when the passengers were being sternly talked to by TSA and Customs workers. The work schedule in Costa Rica is looser than here in the United States. Coming back to work, I noticed the punctuality of everybody and it took me a while to get used to working on such a tight schedule. Driving has also been a task that I have been getting used to being back in the states. I did not drive the 10 weeks that I was in Costa Rica and drivers are more fast-paced in the United States. 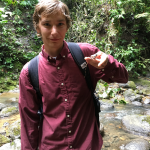 Overall, this experience has allowed me time to improving sociability, learn patience, and grow academically. Creating my own research project has given me a new perspective on forest ecology research that cannot be gained from a textbook. Working the problems out myself and with the help of others was a both challenging and rewarding experience. Learning how Latin American culture is both relaxed and hardworking was interesting, and the balance seems just right in Costa Rica. I am extremely grateful to have made the personal connections both here in Costa Rica and with fellow scholars from the United States. This has been an amazing opportunity for me to build character and gain many academic connections. I hope to explore more ways to experience and perform research in the tropics further on in my education.