It’s incredible how much can happen in six weeks. At the end of my study... 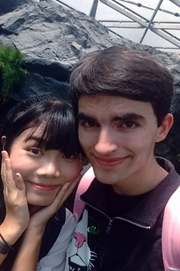 It’s incredible how much can happen in six weeks. At the end of my study abroad in Japan, my exhausted self was ready to return to the United States. However, after such a brilliant first experience out of the country, it has only taken a few weeks for me to be dying to return. Tokyo was an amazing place to be, however, after meeting many fellow international students in Japan, I feel drawn to visit other countries in Asia as well. It will take a while to get out of this traveling mindset, but I will be working hard to make continued travels a possibility. In this blog post, I want to highlight some of the specific ways in which my study abroad has influenced my future plans. 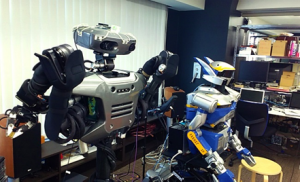 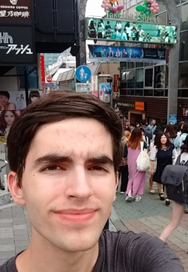 The combination of studying language at a large university along with living in an international shared house led me to making a multitude of new, long lasting friends. Together we explored the streets of Tokyo, had a great time at Tokyo Disneyland, petted adorable felines at cat cafes, sang our hearts out to anime songs in Karaoke, and so much more. I’m really blessed to have made such unique and wonderful friends on a trip that I had expected to experience alone. Because of them, Singapore, Thailand, Hong Kong, Russia, England, and Korea are at the top of my list of places to travel.

Another opportunity arose through my excursions with friends. Despite the focus of this study abroad being only for language, I managed to make the acquaintance of a Graduate Student studying Robotics at the university. I subsequently found myself visiting the lab on campus where most of their robotics projects are designed and built. This was a great opportunity to learn about the cool research that students and professors in Japan are working on. What surprised me was that around half of the students were international, working in Japan through research grants. That is definitely the kind of job I plan to look out for in the coming years.

In the long term though, nothing can ever be known for sure. However, a future in which I live in Japan permanently is not out of the picture. I met my current girlfriend on this trip, and if we can work through years of being separated between the U.S. and Thailand, then I believe we’ll be able to meet in Japan again. Whatever the outcome of the relationships made through this experience, I truly appreciate the immense kindness and inspiration my new friends gave me. I have a greater interest in not only the Japanese language and culture, but traveling in general. I cannot wait to see what will be found in my adventures.