I have already experienced a lot of South Korea and its culture. I have been... 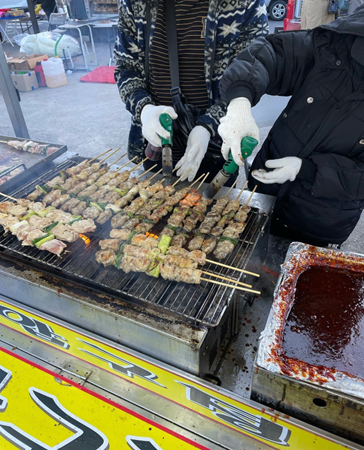 My Life In South Korea 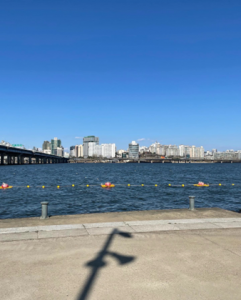 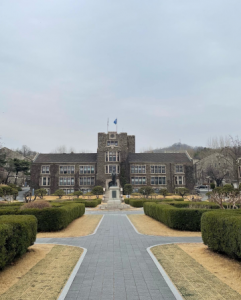 I have already experienced a lot of South Korea and its culture. I have been to the Han river, a museum, and to Yonsei University’s campus. I have also indulged in amazing Korean street food. Coming to Korea and studying abroad was initially a very hard decision. Not only were there financial concerns, but there were many things I would have to get used to. Being an Oregonian and living in the city of Beaverton for most of my life, I have integrated into society deeply and have maintained the habits of those who live around me. Yet, in South Korea, the culture, practices, and how people behave are completely different from where I am from.

There are moments in South Korea that scare me. One of those experiences is using the subway system. Compared to Oregon, it is fast-paced and extremely scary and stressful. Back home, when riding the Trimet, I had few bad experiences. It was almost never full of people and navigating through Portland and even getting to Portland was almost simple as breathing. However, in South Korea, the subway systems are always almost packed with people. Most of the time, I have to stand on the train and am unable to sit down for long periods of time. The people in the Subway move fast and sometimes push you to get to where they need to go. It was a very frightening experience for me and still is. 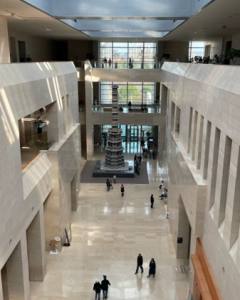 However, my experience is not just filled with fear and hardships. My experience in South Korea overall has been delightful. I have mentioned that I have been to Han River. Being there gave me such a peaceful and calm feeling, it was almost a breath of fresh air. Back home in Oregon, I have been to many wooded areas but barely any rivers. It was an amazing sight. The city surrounding me, people laughing, the chilly wind, and the beautiful and shining river nearly brought me to tears. The food is one of the main highlights I have experienced in South Korea. From street food to restaurants, it tastes completely different from the food at home. Although I am very familiar with Korean food, it was still different from what I have had before. The museums I have gone to showed many cultures and historical artifacts of South Korea. I made a very good choice visiting many of South Korea’s museums while abroad and learning more about the history of the land.

I have learned that my ability to adapt to new situations and environments has developed. Although the subway system is fast-paced and frightening, I am slowly getting used to it. The mannerism that people convey was tricky when I first arrived, but I have nearly mastered them by now and am able to act properly in public and within society. Overall, this experience abroad has been wonderful, and I can’t wait to explore more and experience more of the beloved country of South Korea.