Travelling alone to foreign countries is not new to me. I have lived abroad multiple times, and I have experienced culture shock, language barriers, and numerous misunderstandings. Before embarking on my journey to Jordan to intern at Ruwwad Foundation for Sustainable Development, I was nervous about my limited language abilities and what I would be doing for the organization, but I was not particularly anxious about my abilities to assimilate to a new culture. I soon would be proven very wrong. 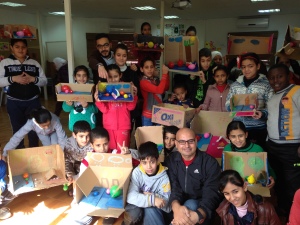 The most important thing that I have learned from living in Jordan is that every experience abroad is truly different and cannot be compared to previous time spent in other countries, even countries that are similar in language and culture. Last summer, I studied in Morocco for two months and expected Jordan to be comparable in cultural norms and practices, especially for a single young woman. What has amazed me the most is that two countries that share the same religion and language can be so completely different. For example, the dialects of the language in each country are so far from each other that even native speakers have told me they don’t understand people from the other country. Also, interpretations of how women should dress and behave under Islamic cultural norms vary. In Morocco, about half of the women choose to not wear the traditional ‘hijab’, or headscarf paired with modest long dresses or tunics, but in the area of Amman that I am in it is very difficult to find a woman who does not have on a floor length coat and headscarf, let alone women who still wear the headscarf but have on a slightly more fitted dress or a long tunic and pants. Needless to say that I, even wearing a long winter jacket that extends below my knees and buttoned up all the way to my chin, stand out on the streets as if I was only wearing my bathing suit.

These cultural differences have been very interesting to me because in economic terms, Jordan is a much more developed country than Morocco. This makes me realize that economic development does not correlate with how conservative a country is culturally. Before, I thought that a more developed country would contain a wider range of religious interpretations on dress and behavior, but I have learned that these factors are often separate from development. I have also realized that within the religion, cultural norms can also be isolated and vary from place to place, even if the people are similar in their devoutness to their religion. Certain ways of dress depend more on the cultural and historical traditions of a particular area, and although influenced and justified by religion, can vary.

I have also learned that religious and cultural norms are strong influences in workplace culture. The organization that I work at is a community development organization in a neighborhood of Amman that is actually an illegal Palestinian refugee camp. The main things they work on are child development and education, women’s empowerment, and promoting higher education through a scholarship program. The organization is unusual for Jordan in that it is directed and run mainly by females, yet cultural boundaries and restrictions still exist between the male and female employees. You can feel the energy change in the room when it becomes all female; laughter and inside jokes abound. As soon as it is a mix of genders, the women become much more serious and reserved in their interactions. Also, despite the strong female presence in the administration, men seem to have more decision-making powers and are less frequently doubted. Cultural differences have also lead to small misunderstandings on my part, such as the day where I opened the door to the organization and saw water gushing down the stairs from the top floor of the building. Thinking that an upstairs toilet or sink was overflowing, I immediately rushed upstairs and flung open the door of the top room completely out of breath, only to be met with two very confused cleaners who were just mopping the floor and pushing the extra water down the stairs to eventually drain out the front door. 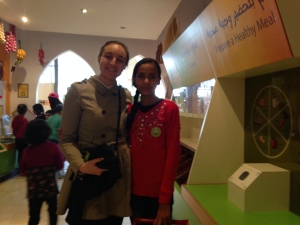 Despite the cultural challenges, I have been very inspired and impressed by the work that this organization does. For many children in the community, Ruwwad is the only place they can express themselves and work through their emotions in a creative and constructive way. Many children do not have opportunities for sports, arts, or academic support such as literacy classes outside of this organization. When children come into the center, you can see their eyes light up at the excitement of participating in the activity of the day. Regardless of the cultural boundaries, I have learned more from the children I work with than anyone else. They have taught me that despite differences in culture, religion, and language, all people can connect on a more basic human level of creativity, laughter, and compassion.