I have been having a great time at Akita International University, visiting places and enjoying... 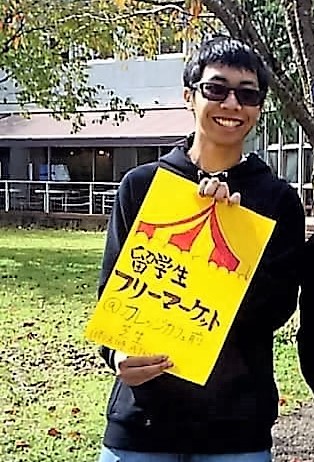 Joys of Akita, Away From The Big City 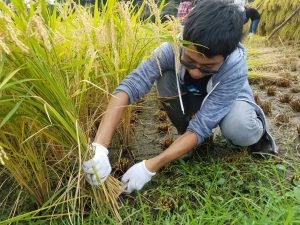 I have been having a great time at Akita International University, visiting places and enjoying the different events within the community. Even though Akita is far away from Tokyo, there is still plenty to do. You can enjoy the various bus trips hosted by the university, try rice harvesting within the community and enjoy Akita International University’s School Festival when you come during the fall semester.

The university provides bus trips around famous locations within Akita. I was able to visit Kakunodate and Lake Tazawa by bus along with other international students. The trip itself is free, but is on a first-come-first-serve basis. I first went to Kakunodate, a traditional Japanese town filled with 19th century style buildings. I took a tour of a Japanese Samurai house in Kakunodate for only 300 yen, getting a peek of how Japanese Samurai families lived before modernizing. Not only that, within the house is a small exhibit filled with medical sketches and traditional armor and weapons of samurais. Around the area are plenty of souvenirs for friends and families, along with a small eatery that sells chestnut flavored soft serve ice cream. Next is Lake Tazawa, which is known as the deepest lake in Japan. On one side of the lake there is the Herb Garden, a large greenhouse filled with different herbs. On the other side of the lake is a shore with a bronze statue of a Japanese maiden. There are many other trips during the year.

Since Akita is a generally rural area, there are many rice fields that produce large amounts of food for the country, along with local sake that you can drink if you are at least 20 years old. During the fall season, Japanese people harvest the rice, and the university provides different opportunities to become involved. I was lucky enough to join a rice harvesting event and it was a great time. The community members teach us how to cut the rice from their stems, tie them up and organize them for cleaning. Be prepared for the amount of work you may have to do and the amount of mud you will have to trek through. Afterwards, you will be able to enjoy Akita food along with the rice you just picked, and participate in English-teaching activities with the local children. 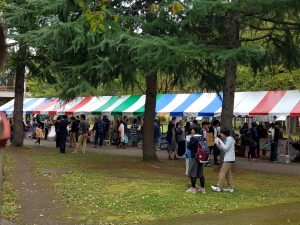 A large event for the AIU students, is the AIU Festival. This year’s theme was “Bravissimo”, and focused on the idea of hiding or revealing your true self under a mask. Participating in different groups and events within the festival was a great experience and there are many different options. I joined the Flea Market Committee within the festival, which gathered souvenirs from international students and sold them to people for low prices at the festival. I also participated in the Rock Band Club, singing a Japanese song on the mini-stage at the festival. Japanese students love band music, so joining them can allow you to meet many more people. Another big idea in the festival are food stands. Students join up in groups to sell either Japanese street food or other international foods for relatively low prices. Along with student stands, are stands run by local people, such as a Yakitori (skewered chicken) stand and a fresh vegetable stand for local Akita goods. Most students tend to not participate in events due to the language barrier, but the Japanese students are welcoming of international students participating.