Jennifer is studying abroad in Ireland, but throughout her first two weeks, she was able to find some time to explore the wonderful city of Dublin.

From Killarney National Park to the Fota Island Estate

Touching down in the Shannon airport, a week before my summer study program was due to start, I never had any big moment where I suddenly realized that I was in another country or that I was, at the moment, the furthest from home that I had ever been. Even while traveling to Dublin by train, I was waiting for the moment that it felt like I was somewhere new. The bustling of the city center didn’t help me in my search because as beautiful as Dublin was, the busyness and crowds along the historic cathedrals and museums felt like the same ones in any tourist destination. I had one week in Dublin and several outings planned, the first being a trip to the Killarney National Park. 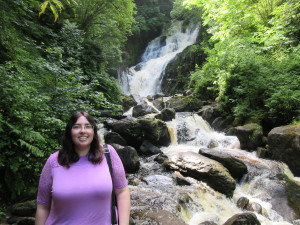 The first time it truly registered that I was abroad was when I was in the Killarney National Park, standing in front of the Torc Waterfall. This was during my first week in Ireland and also was the first time that I took a step back from the crowded city center of Dublin and ventured into the heart of the country. The trees grew tall, swathed in a layer of thick damp moss, their canopies darkening the trail that lead to the water. I nearly didn’t need to follow the trail because one could hear the roar of the water long before it came into view. I rose among the trail and watched cascades of water pour down rocks under a darkened canopy of moss eaten trees and felt for the first time during my week abroad that I was somewhere completely foreign to me.

The second time I had this realization was while touring the Fota Island Estate with the other 2015 summer study program students. The Fota Island Estate was once the home of the Smith-Barry family who commissioned some of the most notable Irish architects of their time to convert what was once a hunting lodge into a grand estate in the 1820s. The house has seventy rooms and was recently re-opened to the public in 2009 after a restoration program. Despite, being on a tour with a large group of my classmates rather than by myself, being able to see an estate built within the period that we’re studying in our history lectures made it seem all the more real that I was there in Ireland. During this tour we were able to see the estate and its surrounding grounds. This included the gardens where, due to the islands climate, allows a wide variety of exotic plants to grow. 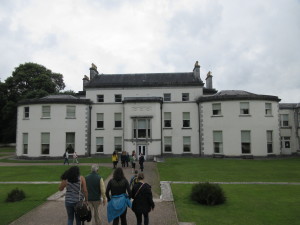 While here in Ireland, some of my favorite aspects has been being able to travel, either on my own or during a study tour with classmates, and see the historic places that I’ve been studying. I’ve never been able to have such an interactive learning experience while enrolled in university classes. I’m looking forward for the next two weeks of learning, traveling, and experiencing more of the culture of Ireland.