Follow Gracen as she realizes that working with people with dementia is a humbling experience at the Eric Liddell Centre in Scotland.

Working with people with dementia is a humbling experience. It tests your patience, your creativity, your emotional strength, and it has a way uncomfortably prodding about the essence of what makes us human. One of the most important things I learned during my internship at the Eric Liddell Centre is that no matter how cognitively impaired an individual may be, they are just that: human. Far too often, those with dementia are labeled and treated as objects pity. They are seen as sick and hopeless instead of living, feeling beings that demand respect and dignity. 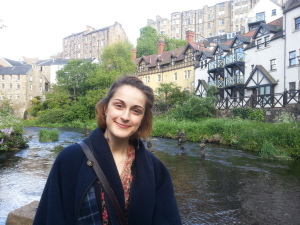 The most challenging part of my work in the dementia day care at the Eric Liddell Centre was dealing with the frustration of clients when others would treat them differently because of their diagnosis. Many of these individuals had a lot to be frustrated about. They were losing their grasp on their surroundings and memories, but when health care workers and family members interacted with them differently because of their dementia diagnosis, these frustrations were only exacerbated. When others spoke to them with authority, they felt as though they were being reprimanded like children and were extremely hypersensitive in situations where they were asked to do things. Many of the individuals I worked with had spent careers as teachers, nurses, and scientists. To go from positions of power or positions of being the caregiver to the stark contrast of being the cared for, was extremely difficult. My work in the dementia day care taught me that being able to identify these frustrations and work with clients to give them a sense of authority in our relationship enriched my cultural experience and as well as their overall care.

My interactions with the clients in the day care served as both a generational and cultural exchange of knowledge. I had a lot to learn from these people, and asking them about their lives gave them a chance to reflect and pass on a gift to me. In fact, I learned the most about Scottish culture from the dementia clients in the day care than anyone else in my internship experience. Asking them about their upbringing gave me a unique perspective of Scotland. I learned a lot of history about the country, especially post World War 2 history and the changes the UK underwent in the post-war years. I learned about the little towns in the countryside and how so many people abandoned these towns in search of work and adventure in the big cities. These little snippets of the 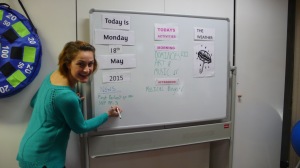 clients’ lives culminated into a very holistic understanding of Scottish culture. I was encouraged by clients to explore areas of Scotland I had never considered going to which made for some very adventurous exploring on my part.

Giving them a chance to pass down their stories to me put them in a place of authority in our relationship because I benefited from this incredible gift they were able to give me. Sharing their knowledge and experiences made them feel like they could contribute, which ended up being extremely therapeutic. As a result, I have walked away from this internship learning so much more about Scottish culture and its people than I ever imagined I would.