Read about Gwen Catherwood's in-depth piece about her IE3 Global internship with the Child Family Health International (CFHI) in Bolivia. 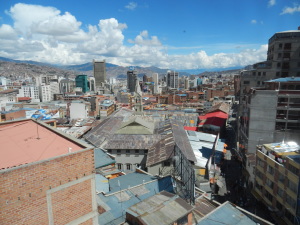 I can’t believe I’ve already been here a month! Time seems to pass so differently here — I can fit so much into one day that the individual days seem to go so slowly, but at the same time the weeks are flying by.

The week after the clinic in Chasquipampa, Liz and I were in surgery with Dr. Galindo. He’s a slightly older gentleman, and one of my favorites that we’ve worked with. Our first day, he asked me where I went to school, and when I told him I went to the University of Oregon, his response was “Ducks!!”. He was really great at helping us understand what was going on in surgery, and letting us know what other interesting surgeries were going on that we could sit in on. The first day he had a liver biopsy, to confirm hepatoblastoma (a malignant liver tumor) of an infant about 15 days old. It was great having Liz there, because she’s a 4th year med student about to graduate, so with her medical knowledge and my spanish, we were able to figure out why they were doing the biopsy and what they were expecting to find. Apparently the approach they used was much more invasive here than in the states, where needle aspiration is the most common form of biopsy. Here it was a proper surgical procedure, involving cutting out a very small portion of the mass to biopsy. Our best guess was that they didn’t have the equipment to do the needle biopsies, as we saw several others done the same way, meaning the approach wasn’t specific to the patient.

The other surgery we saw that day was an appendectomy, and oddly enough my years of highly-technical experience (…via Grey’s Anatomy) came in handy. The number of appys on that show helped me recognize as they opened, irrigated, identified, clamped, removed the appendix, and inverted the stump into the cecum. So, thanks for that,  ABC! We also saw a few orthopedic surgeries throughout the week, including what appeared to be surgery to correct hip dysplasia in a toddler, a few broken bones, and an elbow dislocation. Dr. Galindo had a really interesting case where the patient had a giant choledochal (bile duct) cyst, and  he removed the gallbladder and parts of the hepatic trunk, using the intestine to create a biliary-enteric anastomosis, or direct connection for the bile from the liver to enter the intestine.

One of the last surgeries we saw was the removal of a tooth. Now, you might be wondering why that would require a surgeon, and not just a dentist. Well, we all know that kids lose their deciduous baby teeth, and adult teeth take their place. But, did you know that those adult teeth are actually situated in the maxilla and mandible long before they descend? Look up a picture, it can be crazy to wrap your head around. Anyway, this child had a tooth that had developed a little too far above where it should have — it had developed far up his maxillary sinus! He had been having issues with lots of sinus infections, and when they did an x-ray to check for deformities of the sinuses, they instead found a tooth. So the surgeon went in through the mouth — cutting the connection between the gums and inner upper lip, to retrieve the tooth.

All in all, I LOVED surgery, and Dr. Galindo was great. It was a bit sad when I showed up on the second day and he asked me how the national championship had gone, but I love that he cared so much and was so into the whole thing. 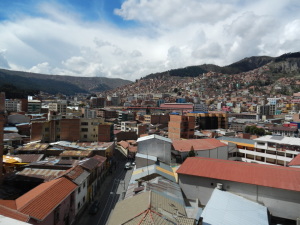 The next week, Liz and I were in Nephrology, which was a little bit harder to follow, since it’s all labs and charts, but with Liz’s medical knowledge, and my Spanish, we were able to follow along pretty well. We saw a lot of nephrotic syndrome (protein in the urine generally accompanied by edema), nephritic syndrome (damage to the glomerulus allowing protein and red blood cells to pass through), some UTIs, and a few other more specialized cases. One little girl, about 6 months old, needed surgery to correct the position of her ureters. Ureters form the pathway that urine uses to drain from the kidneys to the bladder. In this girl’s case, her ureters weren’t in the correct place, allowing urine from the bladder to back up into them, causing numerous infections. The great thing, as hopefully I’ve mentioned, is that the health care system here for children under five years old is free. They receive any and all vaccinations and treatment for free. However, el Hospital del Niño doesn’t have a urologist to do the surgery, so the family would have to find a private clinic, which isn’t covered by the government. The team didn’t really know what to do, and were stuck trying to find a way to help the little girl without bankrupting her family. Hmmm, sounds like health care somewhere else I know! The interesting thing to me was that this little girl was the exception, rather than  the norm. It was hard for the medical team to see this one patient who needed surgery the family couldn’t afford, whereas in the states it’s the other way around — so many patients who need surgery but can’t afford it. The SUMI program, as it’s called, seems like a great way to help lower the child mortality rate, which has been shown to lead to people having fewer children, and will end up saving Bolivia a lot of money in the long run. Healthier children now means healthier adults later.

You can read more about Gwen Catherwood’s adventures in Bolivia on her blog at http://boliviaandbeyond.weebly.com/