An interview with Riley O'Boyle, as he opens up about studying abroad at the University of Limerick in Ireland.

An Interview with Riley O’Boyle

Riley O’Boyle grew up in Tacoma, WA before he made his way over to Oregon Tech. After attending Tacoma School of Arts and later joining the FIRST Robotics team (The SOTABots), did he develop an interests in both art and science. As he continues his time at Oregon Tech, finishing up a degree in Engineering and a participant officer of Oregon Tech’s American Society of Civil Engineers (ASCE), he keeps active in the arts working as the Director of Oregon Tech Broadcasting as well as maintaining a blog and youtube channel. He just finished his semester-long  adventure of studying abroad in Ireland at the University of Limerick. His personal blog can be found at: http://inkingsandcrossings.blogspot.com/.

IE3 Global: Why did you want to study abroad? In Ireland in particular?

Riley O’Boyle:
Honestly, I wanted to study abroad because I felt drawn to it. It came to the point in life to explore what’s possible, and I wanted to break the mold and do something I hadn’t done before. Something bigger. I wanted to know it was possible, so I wouldn’t be afraid to when something big like this really came into my life. I’d had opportunities to go abroad before, but I wasn’t ready. I guess I was just ready all of a sudden.

Ireland in particular, because I’ve got Irish blood and people I’d been around spoke with such romance about the country, I wanted to touch it. The two feelings coincided nicely, and I started making phone calls.

IE3 Global: You have quite a unique background, based in both the arts and sciences. How did your study abroad program allow you to balance and explore your multiple interests? 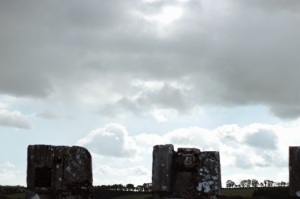 The community gave me a place to stand on my arts. I breathed my poetry and music deeply. On the tough nights, I coped as the artist. I made a couple friends who played music, and we did that once or twice. I took pictures when we went around. I kept writing in a blog every so often. Mostly, I wrote poems in between heavy engineering assignments (the midnight breaks). I wrote a poem inspired by all of the engineering verbiage I’d picked up. I also was able to submit a couple of my works to the campus literary magazine, and they published two of my pieces (which I was really excited about).

All of that balanced really nicely with the heavy focus on engineering. Five core engineering classes kept me engaged and then some. The coolest part was three of the classes (soils, structures, and reinforced concrete design) were supplementary to a co-curricular building design project we completed from beginning to end that had everything from legitimate architectural drawings to borehole logs that were actually done on a site in town. The project we finished was based on an actual building project that was shut down by the economy. What a program!

IE3 Global: Coming from a background as an engineering student, how was the class experience in Ireland compared to that back at Oregon Tech?

Riley O’Boyle:
It was hard. One of the big things that tripped me up was the laid-back schedule, forgiving nature of the Irish, with the 15 weeks with just one test at the very end. I’m used to 10-week terms with very regular testing, homework, and mid-terms before the final. The distinctly different style threw my footing as the term wound down and everyone got serious.

Because of pre-requisite transfer being such a hassle, I also managed to register for classes that I was underqualified for, and ones that I was overqualified. This actually was helpful in both challenging me and reassuring my confidence. But it was hard.

Besides that, though, I would have been starting very similar core engineering classes back home, so learning all the applied engineering language was new. I was just behind the Irish students. What was really helpful was that at Oregon Tech, we learned about the metric system in physics and chemistry, so I was able to play with newtons, meters, and kilograms really easily, in spite of the American engineering’s affinity for the imperial system.

IE3 Global: How has studying in a different country helped your education experience? 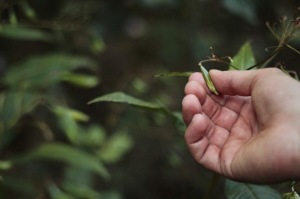 Riley O’Boyle:
The challenges I talked about earlier taught me how to keep swimming, in spite of my doubts and fears. With the underqualified moments and big eyes in a new place, I encountered a lot of feelings of failure and inadequacy. Some of my hard-working classmates’ 30-40 page reports dwarfed my 8-page efforts. As much as I wanted to sit down and feel small, I was both in my dream that I’d engaged with and wanted to bear, while in a community that inspired me to step up to the challenge.

As an example, there were days I’d go to class and be entirely lost on what the professor was talking about. It became easy to stop listening, especially with the far-away deadlines. Not because of Irish language barrier, but some of the jargon on the equations (between American and European design standards) had different names or symbols. Normally, homework assignments would give me the obligated and begrudging practice I would need to understand the material. This was not present in the Irish curriculum. In lieu of my regular stress-based motivation, I learned to make flash cards with symbols and the word associated with them, so I could sit in lecture and read the equations like a book.

I took my strategy home this term, and began making the cards, keeping my head up, even when my classmates get stressed out, overwhelmed, or feel defeated. I also find that since conquering my fear of failing, I’m less stressed out, and more determined to stay engaged with the material, instead of counting points.

IE3 Global: Tell us a bit about your Irish comedy show? How did that come about?

Riley O’Boyle:
The video came from a goal I set at my summer job in Texas. I said to my Texan co-workers I’d get video of a true-blooded Irish person to try speaking with a Texas accent.

I also love video production from tip to tail. At UL, there was a long list of clubs and societies that I was told to join. My first instinct was to join a video-production club/society. Because of my really strong intentions, I somehow convinced myself that there was a video society that would do exactly what I wanted it to do.

When the day came to sign up for clubs and societies, I was in the gymnasium with a lot of noise, and without being properly registered. I remember frustratingly trying to work on my tablet with the really slow wifi  while I waited in line for one of the six computers to use an Ethernet cable to get my registration done right, then I finally was done (exhausted by this point) and I found no video society. Dismayed, while I sulked around, trying to make up my mind as to which society to join, I was approached by a guy.

He told me to join the comedy society. I felt very welcomed, as much as I was skeptical about whether they just wanted my blood, in a manner of speaking. I went to their stand-up workshop and we went out for drinks the same night and I fell in love with the group. I stopped going for some time because of studies, but one of my professors encouraged me to take time for something community-oriented, in spite of my studies likely suffering.

I kept going, and put a script together with my Texas friends. I showed the script to the comedy society guys, they loved it, and we filmed it in a day. I edited that night, and that was that.

[I went on to perform a live show with the crew, but I never wrote my own stand-up material. One of the guys, Brian, was the closest Irish friend I made, and I spent my last night talking with him into the wee hours]

IE3 Global: What was the most difficult thing you faced when studying abroad? How did you overcome it?

Riley O’Boyle:
Feeling lost and overwhelmed. Comparing myself as weaker than my Irish peers.

The third year of Civil@UL is meant to throw the home-university students off their game, and they had been studying only engineering their first two years, while I had a wide-spread study of general education requirements. Shifting from lecture/homework/test to project/lecture/ lecture/lecture/
lecture was dramatic for me.

I overcame it by going through it.

In the process, I also was able to develop my spiritual life a lot, which was really nice in my vulnerable state. That was where a lot of growth that happened, especially during the quiet breaks and the mornings before breakfast.

IE3 Global: Any advice you have for future study abroad students? Any particular advice for Engineer students?

Riley O’Boyle:
Join clubs and societies. Invest in a community outside of classes.

Nurture your at-home community. I got lucky with my roommates, but we oriented a lot of our time together around making dinner together, and in the limited time abroad, I know that time is what will keep me tied to them.

For engineering students, in particular, I’d say be kind and use your study time to pick out good questions to bring to class.

At least with the civils, there were only a handful of them and they had been going to school together since freshman year, so there was a very strong feeling of being out of place. As a third-year, being able to study with other engineering students is so incredibly important. The tutoring center doesn’t have a lot of strength there, and even if you can learn on your own, it solidifies your knowledge by helping others that may be struggling. 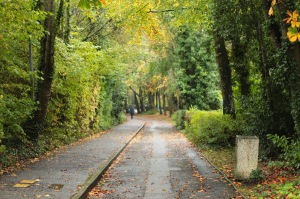