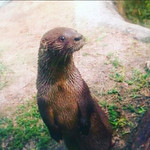 This Brazilian NGO is located in a rural area on the tranquil island of Santa Catarina in southern Brazil.  Santa Catarina is ranked one of Brazil’s most beautiful places, known for its gorgeous beaches (of which there are over 40), dense jungle, and the city of Florianopolis.

Interns will support the mission of this organization by:

Interns may also participate in:

Our partner in Brazil is a non-governmental organization has been in operation for over 15 years.  Its mission is the maintenance of biodiversity and conservation of ecosystems and endangered species through research and social mobilization as a way to improve the quality of life of communities and leave a lasting positive legacy for future generations.

This organization seeks to conserve and research the neotropical otter and its ecology by:

This site has a licensed Scientific Breeding Sanctuary, which houses the orphans of otters that cannot be released back into the wild.

The site itself is rural and amenities are comfortable though basic.  The site is continually building and developing their operation, which allows interns opportunities to see how projects evolve over time.

Most of the staff is Brazilian, however, the site as a whole is international and multi-lingual as there are eco-volunteers from around the world staying for varying lengths of time.

This host site is primarily oriented to working with otters, though they do have several other species including iraras, raccoons, and monkeys.  Interns are likely to gain experience working with many or all of the resident animal species.

A typical day will include morning and late afternoon husbandry tasks, with several hours in between during which activities may vary significantly.  Such activities may include enrichment, field expeditions, education and outreach, and various projects related to improving the site or the animal enclosures.  Interns may find that as they build relationships with the staff and demonstrate their competency, enthusiasm, and ability to take initiative and work autonomously, they may have opportunities to take on additional independent projects with the potential to benefit the site.

Interns participate in animal husbandry tasks at the host site on a daily basis. Typical tasks include:

Interns may work with behavioral enrichment, which includes as generating ideas for and creating novel objects like the following:

Interns participate in expeditions approximately once or twice every week, there is an expedition to a different location, most of which are located on Santa Catarina island.  Located nearby the host site is a lake with several otter shelters located around its perimeter.  Interns will assist with monitoring these shelters approximately once a month for otter parasites and feces, which will be collected regularly and taken back to the host site for lab analysis. Additionally, interns will assist the organization with installing and recovering trap-cameras within the shelters so that images can be downloaded and analyzed back in the office.  Interns will enter data about shelter use, timing, and otter behavior into a spreadsheet for record keeping.

These expeditions may vary in distance and intensity.  They typically involve walking along trails, kayaking, canoeing, traveling by solar boat or catching a ride in the host organization’s car for short trips around the mainland.  The activities of a given expedition, as well as the frequency of these expeditions, may also vary with the seasonals and local weather conditions.

Interns may be involved in welcoming and helping visitors to the host site, as well as supporting new “eco-volunteers” working at the site.

Budgeting Note:   Estimated costs are based on typical internship-related costs and a modest standard of living.  Each intern’s costs will vary based on lifestyle choices (eating out vs. cooking or eating provided meals, taking taxis vs. walking or taking the bus) and recreational spending (travelling on days off, expensive hobbies, etc.).

Interns will stay in shared, on-site lodging used to house students, interns, eco-volunteers, researchers, and tourists. Please note that food is not included.  Interns generally purchase their own groceries and prepare their meals in the shared on-site kitchen.  There are also some restaurants in the vicinity for occasional eating out.

Check out pictures from this internship.